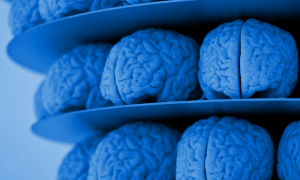 This week we’re joined by QEEG Diplomate (yes, that’s a term!) and founder of Brain Science International Jay Gunkelman, to talk Electroencephalography.  After analyzing over a half-million EEG scans, Jay has a pretty robust set of human brain data at his disposal… And he uses that body of knowledge to guide the work of psychiatric and other health professionals who make proscriptive recommendations about patients’ brains.

Pharmaco-electroencephalography (Pharmaco-EEG) studies using clinical EEG and quantitative EEG (qEEG) technologies have existed for more than 4 decades. This is a promising area that could improve psychotropic intervention using neurological data. One of the objectives in our clinical practice has been to collect EEG and quantitative EEG (qEEG) data. In the past 5 years, we have identified a subset of refractory cases (n = 386) found to contain commonalities of a small number of electrophysiological features in the following diagnostic categories: mood, anxiety, autistic spectrum, and attention deficit disorders, Four abnormalities were noted in the majority of medication failure cases and these abnormalities did not appear to significantly align with their diagnoses. Those were the following: encephalopathy, focal slowing, beta spindles, and transient discharges. To analyze the relationship noted, they were tested for association with the assigned diagnoses. Fisher’s exact test and binary logistics regression found very little (6%) association between particular EEG/qEEG abnormalities and diagnoses. Findings from studies of this type suggest that EEG/qEEG provides individualized understanding of pharmacotherapy failures and has the potential to improve medication selection.

This decision restricts the payment for a qEEG to be an extension of the analysis of an EEG analysis, which makes the qEEG a medical procedure requiring licensure adequate to provide credentials to do a medical EEG interpretation. If further restricts the payments to applications that match the American Academy of Neurology position paper, which approves the technique in vascular cases, encephalopathies such as dementia cases, or for epilepsy, as well as longer term EEG monitoring, where quantitative analysis allows the selection of segments for review visually, assisting the electroencephalographer in eliminating long time segments from detailed analysis.

Specifically restricted from payment are these applications:

A friend of qEEGsupport.com ( Dr. Ron Swatzyna) was recently featured on a local news station in the Houston area.

HOUSTON – A Houston doctor is working on something that could help the many service members who return from the battle field suffering from post-traumatic-stress disorder.

By its own admission, The Veterans Administration has had little success treating people who are suffering from both traumatic brain injury and post traumatic stress disorder.

“They end up not having any cognitive strategies to manage the therapy, and they’ll either get out of therapy, or end their lives and that’s what’s happening,” said Dr. Ron Swatzyna, a psychotherapist, neuro-therapist, and biofeedback therapist for Houston’s Tarnow Center. “I’ve been working on this issue for about four years now.”

He said resetting the brain, lining it back up through stimulation, is the key.  And by mapping the brain, he believes he can tell when the patient is ready for therapy.

“Not at the beginning. If you push them too quick that’s a problem. If they are pushed into therapy too quick,” he said.

Swatzyna said the defense department and the VA both realize more research is needed, and if he can get funding, and cooperation from a group in the Texas Medical Center, he would like to open up a research center in Houston.

Vietnam veteran Billy Miller, who one of Swatzyna’s patients, is now helping him pull it off.

“Everyone I had been to before, all 25 doctors had never had military experience, they didn’t know what I was going through,” Miller said.

Swatzyna was a captain in the Air Force, and now many believe he is the best in the country at understanding veterans.

Army soldier Joel Brasier, who suffers from TBI and PTSD, believes Swatzyna is on the right track and is hoping research will lead to better, faster treatment.

“It’s an ongoing process, but eventually they are going to make a breakthrough and get us the help we need,” Brasier said.

This is an excellent video talking about how seniors can help keep their brains young.

How can we live a fuller and healthier lifestyle as we get older? Perhaps keeping our body and brain engaged can help. That seems to be the case in Japan where the number of centegenarians is greater than 20,000.

THE ART OF AGING:THE LIMITLESS POTENTIAL OF THE BRAIN introduces a number of these “super-seniors” who lead healthy lives at nearly 100-years-old and, through them,searches for the “keys” to living a healthy and vital life regardless of age.

This is three sets of data from the same underlying EEG, all with varying coherence results, and with the weighted average showing the alpha hypercoherent pattern with better fidelity than any other for this data.

I suggested at the time that all the emotion was merely an example of someone yelling “the sky is falling”, like Chicken Little. There was no real problem, just lots of crying out and hand wringing.

I requested in an open international forum for anyone to send me a sample of the problem, and none could be produced. I suspected there was no real problem, as the sample issue was concerning a 500 sample/second device having a time skew… though this was in comparison to a database collected on a 100 sample per second device, with the waveforms interpolated from these samples.

On this episode of the Doctors Dr Michael Linden helps “Noah” with his ADD. Part 1 of this story give a bit of information about what Noahs parents have been dealing with and the struggle they face with deciding whether or not to medicate their young child.

In Part 2 you see how Noah parents learn there are alternatives to Ritalin and other drugs that may be given to their child. Learn about how Neurofeedback and EEG Brain Mapping may be able to help without the use of dangerous pharmaceutical drugs.

Dr. Linden is a Clinical Psychologist and Nationally Certified in Neurofeedback and Biofeedback. He is the director of The Attention Learning Center, which has offices located in San Juan Capistrano, Irvine and Carlsbad, California.

Dr. Linden is a regular contributor to the Journal of Neurotherapy and has been a speaker in many seminars and conferences related to ADD/ADHD and neurotherapy.

The thalamus distributes the alpha posteriorly via specific sensory relays, which have a simple return circuit. Like the white matter relay from the lateral geniculate of the thalamus to the occipital lobe’s primary visual areas, and directly back. This thalamo-cortical-thalamic loop is relatively faster than the loop seen frontally. The frontal return circuitry is not simple, but the descending routes are complex and somewhat circuitous, taking more time, and thus it is common for the frontal lobe’s alpha to be at the slower end of the individual’s alpha frequency range. The frontal lobe has a return path through the striatum.